First of all, work is necessary to earn a living.

Arusha is a safari city, one stop overnight after arrival on Kilimanjaro Airport before begin Tanzania wildlife safaris

Work and medicine, meaning to have fun after work is necessary to 'Refresh Mind'

Arusha is a tourist city in northern Tanzania.Arusha is the hub of tourism, where all wildlife safaris, tour trips, mountain climbing are arranged. Arusha is also close to the only source of Tanzanite mining.Tanzanite gem is mines are located in Mererani arusha. In Arusha town there are a lot of tanzania traders deals with gemtones. Several Tanzania shops sell tanzanite jewelry.

Arusha weather is very good due to good air originating from Mount Meru.

According to tourism activities, agriculture and mining cash flow is satisfactory and so people have reasonable income. Also, banking services and credit facilities are numerous. There are banks which offer Credit card and debit card such as VISA International and Mastercard.

Hotels in arusha range from star 1 and 2 which are budget, three star and four star five is standard luxury and is full Luxurious.

Night club & pub are the babylon club and Pin point.

Visitors and locals will gather for peaceful, very near Arusha. 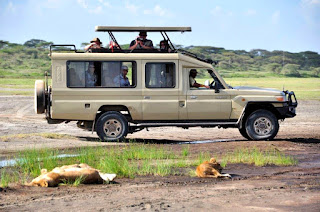